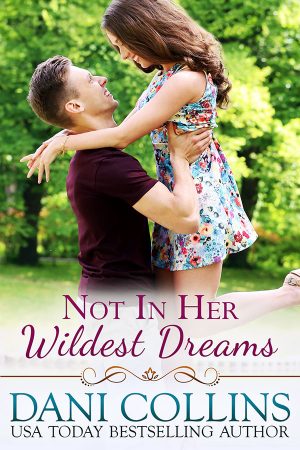 Not In Her Wildest Dreams

Book 1 of the Secret Dreams Duet

Sterling made a fool of himself over Paige once. Never again. He only returns to the factory his mother calls his ‘legacy’ to ensure Paige doesn’t pull a fast one. When their chemistry blazes hotter than ever, he wonders if he misjudged her, but secrets come to light, including an embezzler she tries to protect, proving she’s still the wrong girl. So why does holding onto her feel so right?

Also look for Only In His Sweetest Dreams where Paige’s brother, L.C., finds his happily ever after with Mercedes, two abandoned kids and a community of meddling seniors.