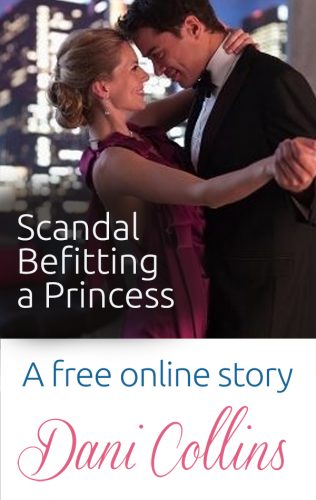 Find out what happens to Sofia!

Her brother is disgraced and now Princess Sofia must be crowned the rightful queen of Vallia. Duty must come above all else, but why can’t she let Laszlo Fabin, a man so wrong yet so right, go? Can she have love and the throne, or will she face her own scandal?

This Free Online Read at Mills and Boon UK and Harlequin.com is connected to Ways to Ruin a Royal Reputation and the Signed, Sealed…Seduced multi-author trilogy written with Clare Connelly and Tara Pammi. 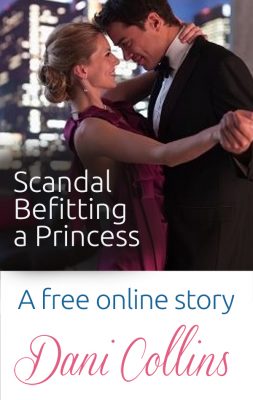 “Goodbye, Laszlo. This time we mean it, sì?”

When I wrote Ways to Ruin a Royal Reputation, I was dying to explore Luca’s relationship with his sister more. You don’t sacrifice a throne for someone who isn’t worthy so I wanted to know her better.

Thankfully, my editor suggested I write this novella where Sofia reacts to Luca’s scandal and takes the throne. And thankfully, I had had her make what I thought was a throw-away comment about sitting in a hotel room worried about a possible pregnancy. When did that happen? Who was the potential father?

I got to answer all those questions in this very fast-paced novella. I hope you enjoy it! 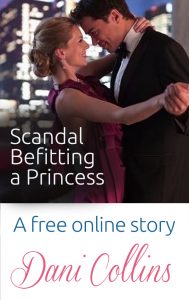 Laszlo Fabin rose from Sofia Albizzi’s bed before her skin had cooled.

She left her arm across her eyes, still breathless and trembling, still euphoric even as she pressed back the sting that rose behind her eyelids.

He was right to leave. They had agreed they wouldn’t do this anymore, not after they’d almost been caught when they’d hooked up at a royal wedding in Monaco two weeks ago.

They’d managed to resist each other for three days here in Geneva, barely making eye contact as they saw each other in passing at high-level trade-development meetings, but she’d made the mistake of sitting in on his presentation on foreign investment.

She loved to hear him talk almost as much as she loved the way he made her feel. He was passionate and stimulating, intelligent and insightful. He took the lead in every interaction, assertive and powerful. Privately, he was capable of charm and finesse and compassion. He fascinated her.

So it set fire to her chest that he didn’t linger after their intense lovemaking, but this was just a convenience for both of them. That’s all it could be.

Laszlo was the president of Presovia. When he’d been elected two years ago, he’d ousted a corrupt dictator who’d been causing unrest throughout the Balkan Peninsula.

Sofia was the daughter of the Kinky King of Vallia. Despite how scrupulously she conducted herself to make up for that, she couldn’t afford this arrangement being discovered and neither could Laszlo. Her father was an immoral. She was supposed to have better control of herself.

She was supposed to become the queen of Vallia, and a tiny part of her was holding out for that, doing what had to be done so it could happen.

Deep down, however, she knew she and Laszlo were using the protection of their reputations as an excuse to avoid the deeper, harder questions. She was.

Did he care for her at all? Even if he did, what sort of future could they make for themselves? What were they prepared to give up for a relationship?

Laszlo sat on the bed to put on his shoes. Sofia was instantly drawn to come up on an elbow and smooth the back of his shirt.

He seemed to swell, spine straightening as though her lightest caress filled him in some way. It was exhilarating to be this powerful, but the way he stood and turned and wore such a forbidding expression told her he resented her effect on him.

Mio Dio he was beautiful, though, with sharp, angular features, dark hair and stern brows. His eyes were such a startling blue, she wanted to wear it as her signature color.

“Are you going to the climate change forum next month?” He tied his tie.

“Yes.” She spoke with too much eagerness. She saw his dismay in the way he flicked his gaze to the side.

“Then I’ll send someone else.”

Crushed, she quickly turned her back on him, sliding to the far side of the bed so he wouldn’t see how he’d knocked the breath out of her.

“Sofia.” His voice rang with frustration.

“No, you’re right,” she insisted, forcing words past the tightness in her throat, her stomach in knots. “I’d rather not see you, either.”

She dragged the sheet with her as she stood and adopted a regal demeanor as she faced him. She had learned this cool, unbothered smile from her mother, not that she’d been old enough to understand that the former queen had used it to hide her pain.

Her mother had gone to great lengths to protect Sofia and her twin, Luca, from learning what an irredeemable man their father was. In the twenty years since her mother’s death, Sofia had seen all his dissolute ways, though. Her country was a laughing stock.

Sofia wanted more for Vallia, and her indulging in little trysts was not the way to go about it.

“Goodbye, Laszlo. This time we mean it, sì?”

She was the one who turned away. It took every ounce of her strength to walk into the bathroom. An ache bloomed in her chest. Come with me, she willed him as she started the shower. Her eyes were clenched against a sting of longing, every breath burning her lungs.

He didn’t follow, and she went through the motions of washing his scent from her skin.

This is for the best. Even if it feels like I’m dying.