Part of the Love in Montana Series 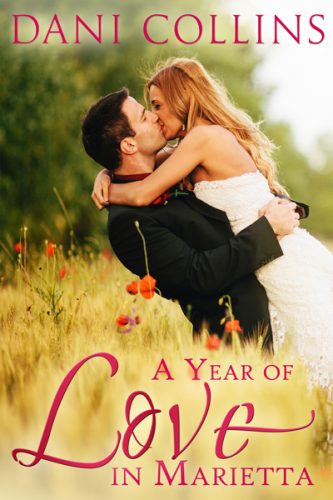 Spend a year in Marietta, Montana

Hometown Hero
Skye Wolcott didn’t have the confidence to so much as smile at Chase Goodwin in high school. Then Chase left Marietta for a career in the big leagues but now he’s back to help his kid brother. It’s a second chance for both of them, but can Skye convince Chase that Homecoming is more than a game and he’s back where he belongs?

Blame The Mistletoe
When Skye and Chase host a Christmas cocktail party, Liz Flowers bumps into her former brother-in-law, Blake Canon. They haven’t seen each other for fifteen years, they’re both divorced and alone for the holidays… A kiss under the mistletoe starts a romance, but when family secrets are revealed and their children arrive home early, will they be able to keep the season bright?

The Bachelor’s Baby
Meg Canon is in town to clean out her old bedroom for big brother Blake’s growing family. She doesn’t mean to embroil his new neighbor, Linc Brady, in a Valentine’s Day Bachelor Auction–or to win him! Linc can’t forget his one night with Meg, but he’s a loner by choice. When she tells him she’s pregnant, they both wonder if they can make a home here, together, in Marietta.

His Blushing Bride
It’s wedding season in Marietta, but Piper Tierney is wrapping up the school year, feeling overlooked. Sebastian Bloom wants to reassure himself his sister Liz isn’t rushing fences, marrying a local rancher. He’s definitely not looking for a bride, but Piper is cute, funny, and wants to move on from her ex. They agree to a no strings affair, but will they wind up tying the knot? 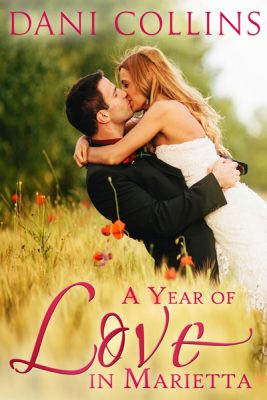 is Part of the Love in Montana Series

The full series reading order is as follows:

A Year Of Love In Marietta contains the first four books in my Love In Montana series.

When I began writing for Tule, I didn’t realize I was writing a series, but as I began each book, I built off the one before. It worked out that I wrote a book for each season: Hometown Hero (fall), Blame The Mistletoe (winter), The Bachelor’s Baby (spring), and His Blushing Bride (summer.)

Since the books followed each other almost in real time, I wrote a few extra scenes to help string them together and asked Tule to publish it as, essentially, one long novel of four different romances.

If you’ve read the books individually, you can read the Bonus Scenes under the Extras here on my site.

Then be sure to check out Scorch, which takes place in Glacier Creek, but includes a visit with Piper and Bastian from His Blushing Bride.

His Christmas Miracle wraps it all up in a gorgeous, feel-good red bow.

Bonus Scene The Bachelor’s Baby At The Wedding