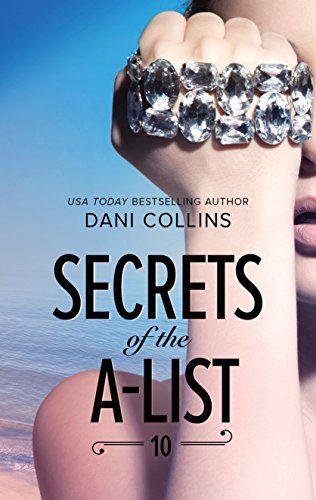 Poor Elana Marshall. She just can’t catch a break. But balancing the men in her life is nothing compared to her latest earth-shattering secret. Too bad the Fixer can’t help. There’s a much bigger distraction—a demanding new client looking to pay big money for an even bigger job. Still, with the Marshalls circling the drain and the Fixer’s reputation on the line, “no” is simply not an option…

Secrets of the A-List—read all 12 episodes! 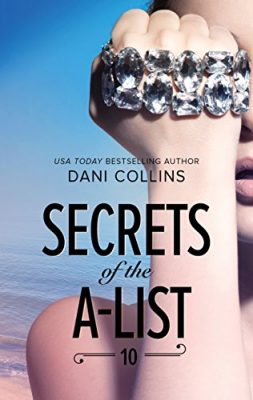 How many secrets did he even have? Who was the Fixer?

I didn’t know what to expect when I was invited to write an episode for Secrets Of The A List. I understood it was a serial, but I still expected something more like the romances I usually write.

I was astonished at the detail in the outline that the publisher sent, and I was sucked in very quickly. I read it on my phone while I was on the treadmill at the gym. I was laughing out loud with delight at some of the twists and unexpected secrets that come to light.

I won’t spoil any of them here. I’ll only say it was a very different exercise. I’m used to writing sexual tension that moves the romance forward. This story had all the same demands for sexy, larger-than-life characters and the fast pace yet lush description of a Presents, but holds a different type of tension. Rather than writing toward a wrap up, there was always another revelation that prompts another ‘what will happen next?’

If you remember serial dramas like Dynasty and my personal favourite, Dallas, you’ll be totally drawn into Secrets Of The A List. 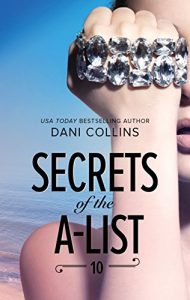 The air wafting through the open window of Whispering Oaks carried a warm, dry mix of sage and chaparral. The weather today was particularly lovely, and some nurse or orderly had clearly thought it would be healthy to let some fresh air into Harrison’s room. Mariella found it as cloying as any hospital sickroom. The grounds she had initially judged restorative, with their tangle of colorful wildflowers across rockeries and walking paths that disappeared beneath shady trees, now struck her as too fussy and close. Claustrophobic.

She dragged her gaze back to the white-on-white room. Its attempt to look comfortable came off cold. The lack of contrast didn’t do her husband any favors, either. His tan was faded and his lips colorless. And he had yet to open his eyes.

Which wasn’t the only reason she found it difficult to face him, even lying still and unresponsive the way he was.

Had he somehow become smaller? Harrison had always dwarfed her, his six-foot height and robust frame making her feel safe and cosseted. Adored. His strength and dynamic personality had captured her from the first, giving her the confidence to hitch her future to his.

Now the light sheet covered a chest that seemed more barrel than muscle. His shoulders didn’t look like the ones that had always carried so much responsibility with such ease. His hair looked saltier, less peppered. His skin was pallid and waxy.

Maybe she simply saw him differently.

Maybe her parents had been right, and he wasn’t so much a driven entrepreneur as an opportunist. A gull, not an eagle.

The cold of the bed rail sank into her palms as she willed his eyes to open, wanting the flash of blue, some hint of the passion he used to have—for life, their future. Her.

She wanted to see the truth.

Who was this man?

For thirty-two years, she had thought him her soul mate. They had built a fortune, a name. A family. And yes, perhaps things had grown a little stale. They weren’t children any longer. They were mature adults with many demands on their time, but they had made a promise to each other. They were supposed to be a team.

She stared with hot, dry eyes, silently reminding him of that. He wasn’t the only one with ambitions. They had overcome challenges together. He had won her over with his desire to win with her.

That meant something, didn’t it? Didn’t they? When had she ceased to be enough? How many secrets did he even have?

Who was the Fixer?