I’m thrilled to see the second half of my Wrong Heirs duet has arrived in Manga! The Consequence He Must Claim came out yesterday. 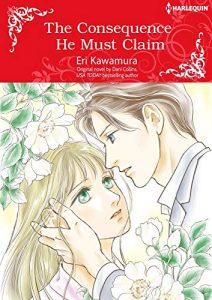 An unexpected night of passion with her boss shakes Sorcha’s world, but was it all just a fantasy?
“Please let me see him!”

When Cesar Montero is taken to the hospital after a car crash, Sorcha, his personal secretary, isn’t allowed to see him on the grounds that she is not a relative.

Sorcha has long had feelings for Cesar, but right after they spent the night together, they were met with misfortune. On top of that, Cesar’s fiancée shows up and tries to pay her off, an apology to his “one last fling.”

Sorcha despairs that their night of passion was just that, a fling that meant nothing to Cesar… She vows to never to see him again!

Now you can enjoy both The Marriage He Must Keep and The Consequence He Must Claim with the gorgeous illustrations by Kazuna Uchida and Eri Kawamura. 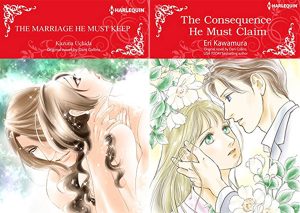 My baby swap duet has been one of my most popular miniseries ever.

Read how they came about